The Lingering Impact of Tribal Law in Adoption Matters 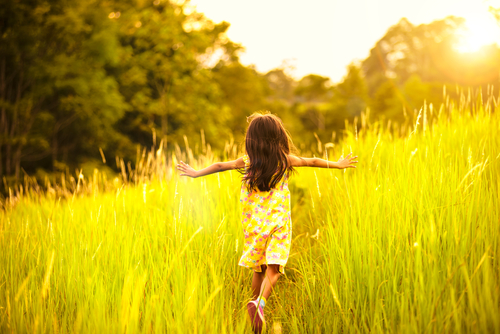 Adoptions, like most family law matters, proceed through state courts and are governed by state laws.  For most families, rules and procedures specific to the state in which the adoption takes place are the only laws that have an impact on their adoption.  Occasionally, however, an additional body of law, known as Native American tribal law, can supersede state laws.  This unique body of law is recognized by the United States Constitution and views Native American tribes as domestic dependent nations.   This permits the tribes to establish their own governing rules and procedures.  The Indian Child Welfare Act, for example, was enacted in 1978 to “promote the stability and security of Indian tribes and families.”  This Act gives first preference to adopt a child born to a Native American parent to the child’s extended family and tribe.

The effects of tribal law on an adoption were recently felt by a South Carolina couple in the adoption of a baby girl named Veronica.  The couple, Melanie and Matt Capobianco, was selected by Veronica’s birth mother to be the adoptive parents of Veronica several months before her birth.  Veronica’s natural father had informed Veronica’s mother via text message that he wished to waive his parental rights before the adoption process even began.  After Veronica’s birth on September 15, 2009, her natural father also signed a waiver of his parental rights womens nike air max.  Four months later, however, Veronica’s natural father filed a petition for custody of Veronica.  He claimed that he only agreed to waive his rights if Veronica would be raised by her mother.  He did not agree to a third party adoption.

Veronica lived with her adopted parents in South Carolina while the litigation proceeded.  Two years later, in December 2011, the South Carolina Supreme Court heard the case and ruled in favor of Veronica’s father.  Unbeknownst to the Capobianco’s at the time of the adoption, Veronica’s natural father was a part of the Cherokee Nation.  Because Veronica was 3/256 Cherokee, she was eligible for membership in the tribe.  Accordingly, her natural father argued that he should be given preference in her adoption.  The South Carolina Court found that the Capobianco’s had failed to show that Veronica’s father had consented to the adoption and ordered that Veronica be returned to her father in Oklahoma.

Veronica spent the next two years of her life with her father.  The Capobiancos appealed their case, and it was ultimately heard by the United States Supreme Court on July 24, 2013.  The Supreme Court ruled that the Indian Child Welfare Act did not apply to this case because Veronica’s father did not have continued custody of Veronica at the time of the adoption.  Specifically, §1912(f ) of the Indian Child Welfare Act provides that “[n]o termination of parental rights may be ordered in such proceeding in the absence of a determination, supported by evidence beyond a reasonable doubt, . . . that the continued custody of the child by the parent or Indian custodian is likely to result in serious emotional or physical damage to the child.”  The Court reasoned that the Act was drafted in such a way to prevent the removal of Native American children.  Because Veronica’s father never had legal or physical custody of Veronica, the break-up of a Native American family was never at issue.  Thus, the Act did not apply and Veronica was permanently returned to the Capobiancos on September 23, 2013.

Although the circumstances of Veronica’s story are unique, the case highlights the importance of adhering to the specific rules and procedures that govern the adoption process.  For instance, Veronica’s father’s name was misspelled on the initial paperwork and his birthdate was incorrectly listed, which delayed the tribe from being notified of the adoption until after Veronica was born.  Additionally, although Veronica’s father had told her mother that he waived his rights, his statement was made through text messages which were found to be an insufficient waiver by the Court.  These seemingly minor errors resulted in complex litigation that lasted for several years nike air max 1 jcrd.  Even when it appears as if all parties are in agreement with the adoption decision, as the Capobiancos believed when Veronica’s father informally waived his rights, it is imperative that the adoption formally comply with the rules and procedures governing the case to ensure that the adoption will be completed without complication or delay.

About The Author
Posted in Adoption