Home › Uncategorized › The N.F.L. Realizes That Domestic Violence Is Not A Game

The N.F.L. Realizes That Domestic Violence Is Not A Game 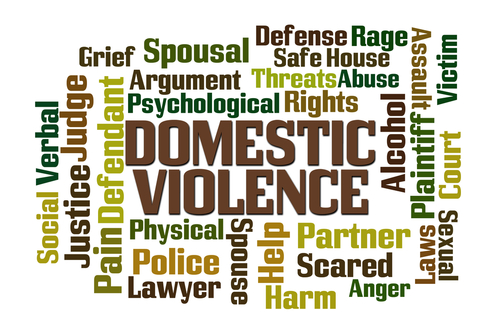 Yesterday, the N.F.L. terminated Baltimore Ravens running back, Ray Rice . See story here.  This is after video emerged of Rice punching his fiancee (now wife) and knocking her unconscious in an elevator in Atlantic City.  Previously, Rice was suspended for merely two games when an earlier video showed Rice dragging his unconscious fiancee from the elevator without showing the punch that led to her being knocked out.

Many are applauding the N.F.L. for taking the issue of domestic violence seriously and demonstrating that they will not tolerate it.  Domestic violence is a serious issue and one that does not merely involve professional athletes.  In fact, many couples are affected by it every day.

While State laws vary, generally they are designed to protect victims of abuse.  And abuse under these statutes often does not have to be physical.  In many States, threatening and harassing behavior is enough for a party to obtain an Order of Protection, sometimes also referred to as a Restraining Order.  Primarily, an aggrieved party has to prove that they were put in imminent danger of serious bodily harm.  Of course if there is physical violence, criminal charges can also be leveled against the aggressor.

The laws addressing domestic violence are not merely intended to protect spouses.  Oftentimes, the laws will apply to children, unmarried couples, even siblings.  Usually, the laws do not apply to parties that are unrelated or not in a intimate relationship.  For example, if two friends get into a physical altercation and one hits the other, the injured party will not normally be able to file for a Restraining Order against the other under the Domestic Violence statutes but may be able to press criminal charges.

If someone is the victim of domestic violence, the first step in obtaining a Restraining Order is to contact the local police.  They can assist the victim in making out the domestic violence Complaint.  A Court can then enter an ex parte temporary Order against the aggressor.  Usually, this requires the aggressor to surrender any firearms that he or she has to the police and requires the aggressor to leave any residence shared with the victim.  The Order also usually prevents all contact between the aggressor and the victim, and may even make provisions for temporary custody arrangements for minor children who are not covered by the Order.

Shortly after the temporary Order is issued, a final hearing is usually held to determine if the temporary Order should be made a final Order.  At that time, both the aggressor and the victim can litigate their case and if there is sufficient evidence, the Court will issue the final Restraining Order.  This Order will remain in place for a period of time.  Serious penalties, including criminal penalties, can result from a violation of a Restraining Order.  Moreover, the victim can apply to keep the Order in place if there is ongoing violence at the time that the Order is set to expire.

With sufficient evidence, Courts are often inclined to enter Restraining Orders.  The most difficult aspect of getting the Restraining Order is convincing the victim that there is truly domestic violence in the household and that the Courts will protect them.  Many victims, unfortunately, feel that they are somehow responsible for the violence and become accustomed to the abuse such that they are rendered helpless.  Oftentimes, it takes friends and family members to convince the victim to seek the necessary help.  However, with greater recognition of the problem and a zero tolerance policy by employers (including the N.F. L.) for domestic violence, it is likely that more people will seek help  and protection for this serious, and potentially deadly, problem.